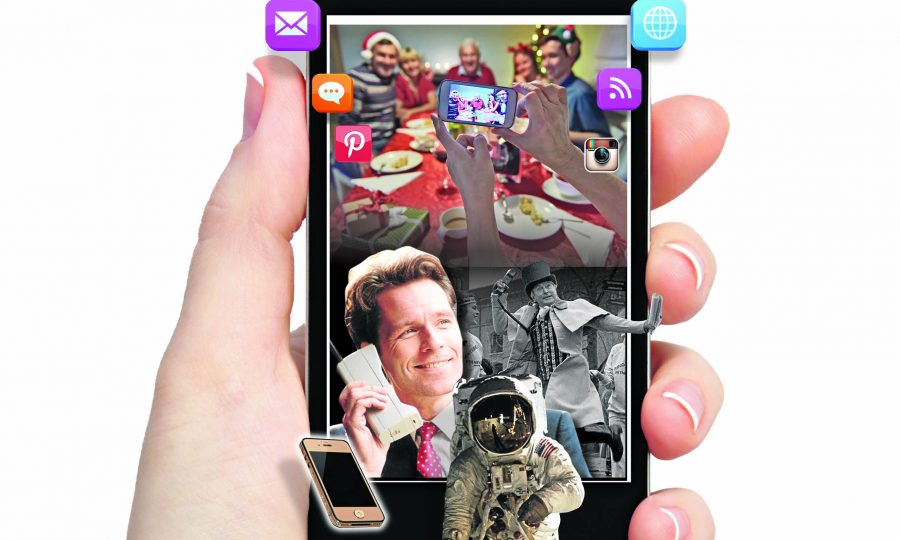 CHRISTMAS Day was one of the biggest online shopping days of the year.

Experts put it down to our increasing obsession with mobile phones.

So as we hunt out the bargains – frequently on new handsets we’ve just taken out of the Christmas wrapping – here’s what you may not know about your mobile best mate.

The very first smartphone was launched on August 16, 1994, by IBM. It was a pioneer in commercially available touch-screen phones.

Nine out of 10 mobile phones in Japan are waterproof as many people even shower with them.

With a price tag of $15.3 million an Apple iPhone 5, with a 26-carat black diamond in place of the “home” button, became the world’s most expensive phone.

Next year over a third of the world’s population will own a smartphone, with 2.6 billion users.

Since Apple’s App Store was created in 2008, more than 140 billion apps have been downloaded – but a quarter are only used once in the six months after downloading.

Almost 85% of phones use the Android operating system – like Samsung’s – not Apple’s iOS.

You should charge your phone little and often and not necessarily leave it charging overnight when it has reached 100%.

Studies have shown the average mobile phone is covered with 18 times more bacteria than a toilet handle.

Mobile phones are now so common some people have developed a fear of being without one. This is called nomophobia.

Even if you have an older phone it’s still around 30,000 times more powerful than the computers used to take Apollo 11 astronauts to the moon.

A staggering seven trillion texts are sent every year worldwide.

In the UK 93% of adults own a mobile phone and 14% of us now live in a home without a landline.

The first portable phone was called a DynaTAC. The original model had 35 minutes of battery life and weighed a kilo.

The first public mobile phone call in the UK was made by comedian Ernie Wise in 1985 from St Katharine dock to the Vodafone head offices.

Less than one in 10 Eritreans have a mobile phone subscription – but in Kuwait there are more than two for every person.

The first photo message ever was sent in 1997. The inventor, Philippe Kahn, took a snap of his newborn daughter Sophie and sent it to friends and relatives.

Each person in the UK sends on average 170 text messages every month.

The Sonim XP3300 is officially recognised as the world’s toughest mobile. It can be dropped 84ft on to solid ground without breaking.

Forget iPhones or Samsung Galaxys – the world’s biggest selling phone is the classic Nokia 1100. There have been 250 million of these handsets sold over the years.

The Willcom WX06A is officially the world’s smallest phone, measuring just 3.2cm long. The battery is so small it only has a life of two hours.

Think your phone bill is too big? Spare a thought for Frenchwoman Solenne San Jose. Her bill clocked in at £9.5 quadrillion (that’s nearly 40 times the combined wealth of the entire world). Thankfully it was a mistake and she didn’t have to cough up.

The first ever text message came from a Vodafone engineer to his boss. It was sent on Christmas Eve and read, appropriately enough, “Happy Christmas”!