Australia’s Jacqui Bonnitcha and Euan McNicol have taken out the 29er World Championship that was sailed on San Francisco Bay this past week.

Comprising a very talented field, the series came down to the last day of racing and the final three races, with McNicol and Bonnitcha finally able to throw away her bridesmaid title of previous years.

Products of the Cruising Yacht Club of Australia’s Youth squad (as are most of the 10 Australian entries), Bonnitcha, the first female ever to take a 29er world title, has scored wins in other classes, but this is her first world title, while McNicol won the 29er Worlds three years ago as crew for John Winning Jnr, who finished his series in 24th place and won the Skiff 18 Worlds as a skipper in 2005. 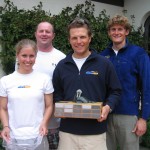 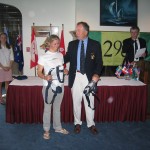