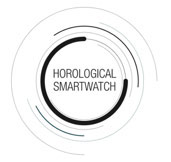 MMT: The bridge between Silicon Valley and Swiss watch-making

MMT (Manufacture Modules Technologies) is a new Swiss Joint Venture SARL formed by Fullpower Technologies of Silicon Valley and Union Horlogere Holdings. Its mission is to bring the MotionX Horological Smartwatch Open Platform to the Swiss watch industry. Fullpower will create and manage the schematic design, firmware, smartphone applications, as well as the cloud Infrastructure. MMT will manage the Swiss watch movement development and production as well as licensing and support for the Swiss watch industry. MMT’s headquarters are in Geneva.

“We love working with Philippe Kahn and his team; their approach to technology craftsmanship very much matches our company culture,” said Peter Stas, CEO of MMT and Frederique Constant. “Our intense collaboration and combined strengths have enabled us to realize the exciting Swiss Horological Smartwatch now and will lead to much more to come. The Swiss Horological Smartwatches released today truly show the strength of our partnership.”

“We looked for innovative partners in the Swiss watch industry and Peter’s efforts to develop his own high caliber product was unprecedented,” said Philippe Kahn, CEO and founder of Fullpower-MotionX. “We immediately clicked and went to work to help reinvent the wonderful Swiss watch industry.”

The beautiful Swiss watch that you love to wear is now smart and connected, powered by MotionX®

The MotionX high-accuracy patented sensor-fusion engine tracks activity and sleep patterns. Activity and sleep information is presented accurately in real-time on the Swiss Horological Smartwatch using beautiful traditional analog dials. The Swiss Horological Smartwatch synchronizes on-demand with Apple and Android smartphone applications. On the iOS and Android apps, simple and easy-to-understand graphics highlight how much one has moved and slept during the day, week, or month. Goals and adaptive coaching encourage getting a better understanding of oneself, which in turn helps one’s well-being. Better sleep and a more active lifestyle are widely recognized as simple, effective positive behavioral changes. The Swiss Horological Smartwatch now combines a luxury timepiece with the MotionX quantified self platform to get to know oneself better. 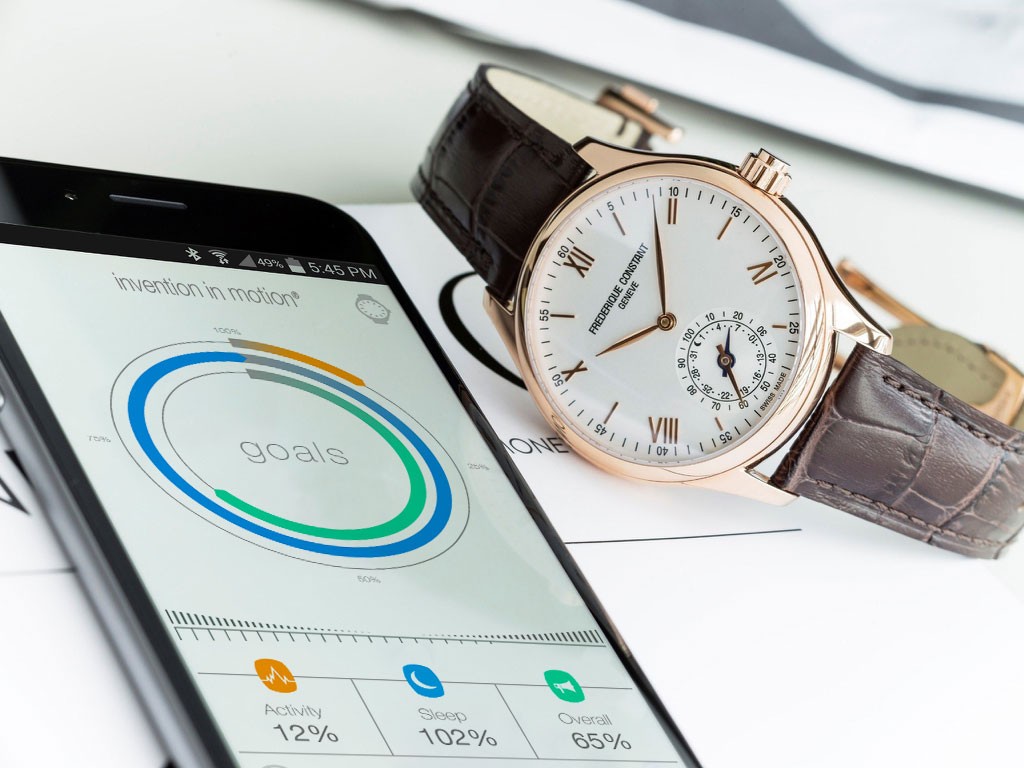 Frederique Constant, Alpina, and Mondaine will launch ten different Horological Smartwatch models in 2015 for both ladies and gents

Powered by MMT’s MotionX technology platform, these leading brands will offer ten different models in designer collections for both women and men, delivering 24/7 MotionX activity tracking and sleep monitoring with over two years battery life and support for Apple and Android smartphones worldwide. The initial partners are Frederique Constant, the Geneva based luxury watch manufacturer of classical watches; Alpina, the Swiss Sports Watch manufacturer founded in 1883; and Mondaine, well known for its SBB Swiss Railway watches. MMT’s MotionX horological open platform allows for each brand designer to focus on their own identity. 10+ Swiss Horological Smartwatch styles for both ladies and gentlemen will be available in stores worldwide starting in June 2015. 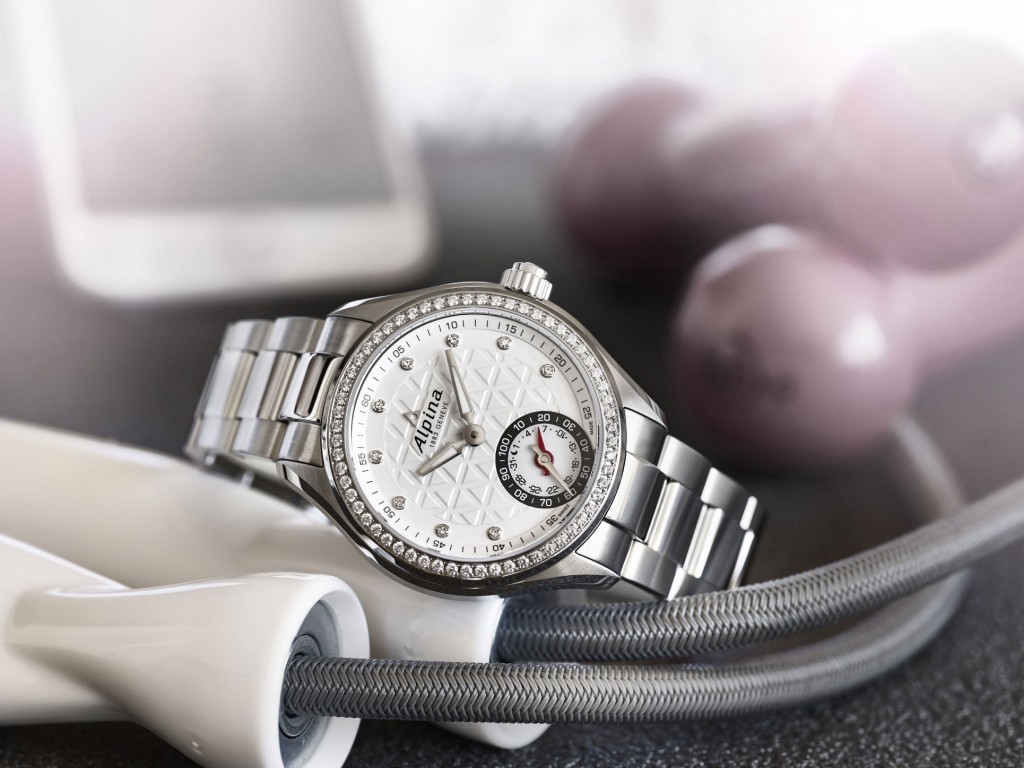 “Our Horological Smartwatch is no less than a revolution for the Swiss Watch industry by extending the concept of traditional craftsmanship and design to the actual improvement of personal lifestyle and fitness,” said Guido Benedini, CEO of Alpina. “Being the inventors of the original concept of the Swiss sport watch in 1938, we are extremely proud at Alpina to re-invent such a concept in 2015 by partnering with the leading and proven MotionX technology platform.”

“Having launched the Mondaine Helvetica watch family, named after the most famous font, in fall 2014, this iconic timepiece will now be equipped with a true innovation in the watch industry,” said Ronnie Bernheim, CEO of Mondaine. “Uniting distinguished, modern, yet timeless Swiss design with the technology and functionality of the MotionX module, the new Mondaine Helvetica Swiss Smartwatch brings consumers the conventional look of an analogue watch with huge opportunities to transmit essential information of daily life between the watch and a phone, tablet or computer. We are very happy to be part of the first brands to launch this MotionX technology.” 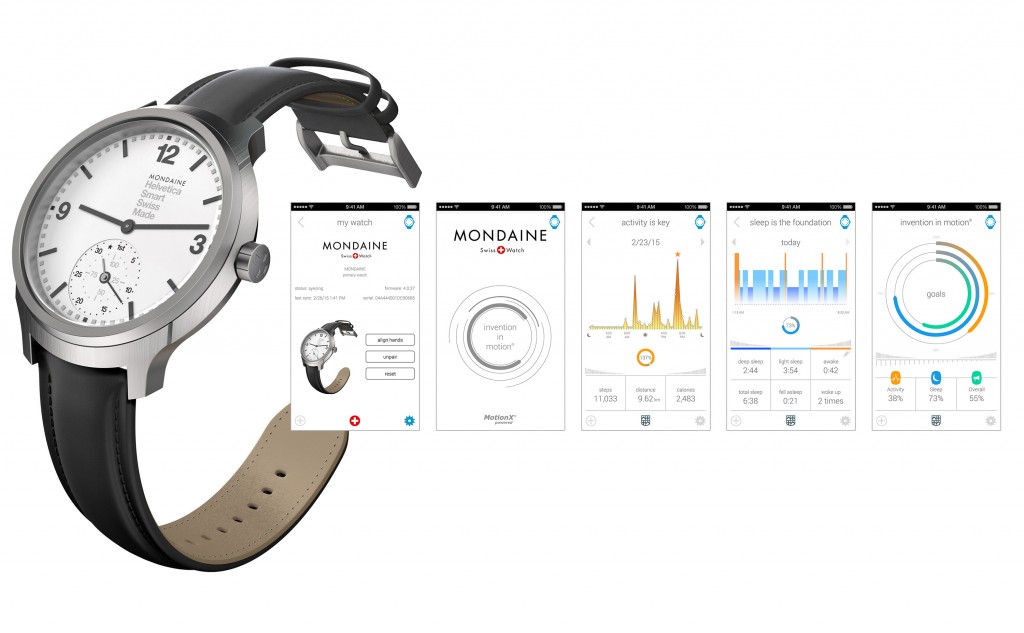 About MotionX®
The Swiss Horological Smartwatch is powered by the MotionX® technology platform, providing a comprehensive summary of your daily progress, including activity and sleep. We spend a third of our lives sleeping, but the vast majority of people have little to no insight into their sleep habits,” said Philippe Kahn, founder and CEO of Fullpower. “The Swiss Horological Smartwatch is a leap forward in changing what we know about our daily behavior thanks to tracking and analyzing more than 170 million nights of sleep and years of research and development on the biomechanics of natural human motion. Whether you are sleeping or awake, the Swiss Horological Smartwatch gives you accurate sleep and activity tracking information using patented advanced sensing technology, and you never have to recharge it!” More information at www.motionx.com.

About Frederique Constant
Frederique Constant is a family owned watch manufacturer based in Plan-les-Ouates, Geneva, Switzerland. The company is involved in all stages of watch production, from initial design to final assembly and quality control. Frederique Constant develops, manufactures, and assembles in-house calibers,18 different versions since 2004. Frederique Constant watches are defined by their high quality and differentiation and precision in design and manufacturing. Their perceived value, through quality of design, materials, and manufacture, is a key component of their success. Each watch is assembled by hand, with the latest equipment and extensive controls, to ensure maximum quality and durability. The company embraces innovation to offer creativity and exceptional value. Its 32,000 square foot facility in Geneva is ultra modern and offers the best environment for its passionate watchmakers. More information at www.frederique-constant.com.

About Alpina
Alpina, famous for its red triangle signature, is a fine watch manufacturer based in Geneva, Switzerland. Founded in 1883, Alpina’s watchmaking history spans more than 130 years. A true pioneer of the Swiss watchmaking industry, Alpina has been the source of numerous innovations, patents, and calibers. With the birth of its legendary Alpina 4 in 1938, Alpina invented the concept of the sport watch as we know it today. Faithful to its long tradition of creating mechanical calibers, Alpina manufactures in its Geneva manufacturing facility four movements in-house: the Tourbillon, the World Timer, the Automatic Regulator, and the Small-Date Automatic. Alpina’s mission is to design and engineer luxury sport watches that operate with the greatest precision and reliability possible in the most demanding sporting environments, like the Alps. More information at www.alpina-watches.com.

About Mondaine
Founded by Erwin Bernheim in 1951, and managed by the brothers Andre and Ronnie Bernheim today, Mondaine has gained recognition as a leading family owned player in the watch industry. Already on the front line developing LED and LCD timepieces in the early 1970s, the independent, innovative, and marketing driven company with a state-of-the-art factory in Switzerland is now known for its ability to transform Swiss cultural icons into Swiss watch icons. After creating and marketing the Mondaine/SBB, Official Swiss Railways watches and clocks worldwide for almost 30 years, Mondaine now launches its Helvetica watch family, bridging aesthetic graphics and culture with high quality Swiss watches, based on the world’s number one font Helvetica. The now released Mondaine Helvetica Swiss Horological Smartwatch adds features to the well-received collection and demonstrates again Mondaine’s ability to be at the forefront of technology and satisfy the needs of modern consumers. More information at: www.mondaine.com.

About MMT
MMT (Manufacture Modules Technologies) is a new Swiss Joint Venture SARL formed by Fullpower Technologies of Silicon Valley and Union Horlogere Holdings. Its mission is to bring the MotionX Horological Smartwatch Open Platform to the Swiss watch industry. Fullpower will create and manage the schematic design, firmware, smartphone applications, as well as the cloud Infrastructure. MMT will manage the Swiss watch movement development and production as well as licensing and support for the Swiss watch industry. MMT’s headquarters are in Geneva. More information at http://mmt.ch. 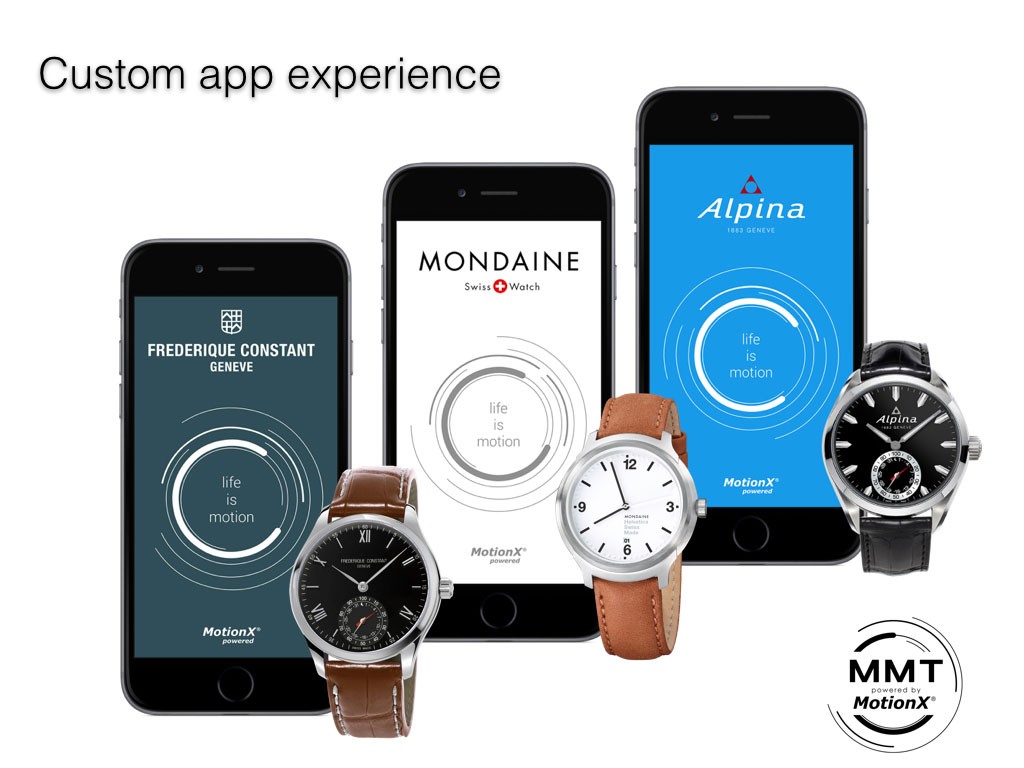