1997: The Birth of the Camera Phone from Conscious Minds on Vimeo.

Twenty years ago, at the Sutter Maternity Center in Santa Cruz, Calif., while his wife was in labor, Philippe Kahn hacked together a Motorola StarTAC flip phone, a Casio QV digital camera that took 320 by 240 pixel images, and a Toshiba 430CDT laptop computer. When he took a picture with the camera, the system would automatically dial up his Web server and upload the picture to it at 1200 baud. The server would send email alerts to a list of friends and family, who could then log on and view the photo.

It wasn’t a brand new concept for Kahn; he’d spent about a year working on a Web-based infrastructure that he called Picture Mail. Picture Mail would do what we now call “sharing”—that is, one user would upload a photo and text, designated as something to share with a particular list of contacts (say, “friends,” “family,” or “colleagues”). The system would send email notifications to everyone at that list, directing them to visit the host Web page to view the picture. Kahn says he was aiming to be the Polaroid of the 21st century, providing “Instant Picture Mail” that would be a digital update of Polaroid’s vision of the instant camera.

What he hadn’t gotten around to building was the consumer hardware piece of the puzzle. Photography wasn’t going to be instant if you had to hook your camera up to your computer and go to a particular website every time you took a picture.

“I had always wanted to have this all working in time to share my daughter’s birth photo,” Kahn recalls, “but I wasn’t sure I was going to make it.”

Thanks to his wife spending 18 hours in labor at the local maternity center, he had a little time to build the prototype. He realized he had most of what he needed with him—in particular, the phone’s car kit, including a plug that allowed the phone to connect to a car speaker system. For the rest of what he needed, he asked an assistant to make a run to Radio Shack and drop off the additional gear at the hospital.

“It’s always the case that if it weren’t for the last minute, nothing would ever get done,” Kahn says.

Kahn got it working before the baby came, and 11 June 1997 has gone down in history as the birth of a whole new world.

Some call this milestone the beginning of the camera phone. It’s not exactly that; Kahn acknowledges that others had put photo sensors in phones before. And it’s also not the first time someone sent someone else a digital photo on the Internet. But it was the first time that a photo went from one person to a broad list of his friends and family members instantly, with just a touch of a button. Kahn now calls the milestone Instant Share, and points out that this is the way social media still works today—you upload an image once to a site that stores it, and then notifications are broadcast and people follow a link back to the stored image. 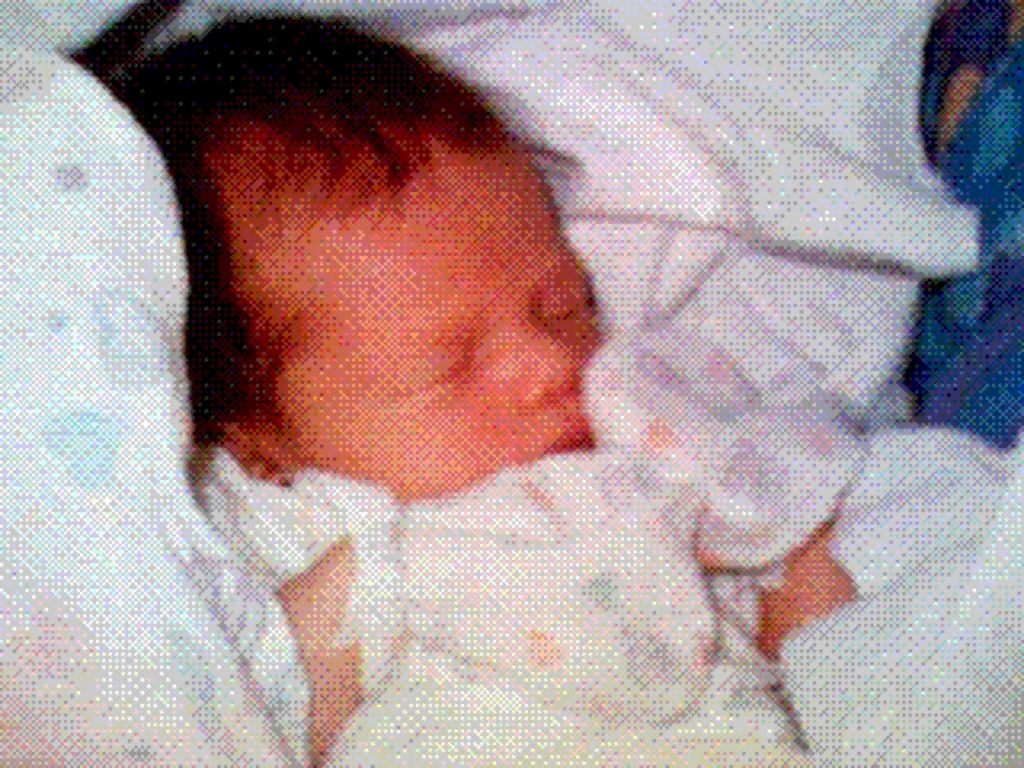 This photo of Phillipe Kahn’s newborn daughter, taken on 11 June 1997, was the first digital photo ever shared instantly via cell phone

Today, of course, instant sharing of photos—evolving to videos—is everywhere. It’s the idea behind Snapchat, Instagram, and Facebook Live. It has changed the way we connect with our friends and the world, and changed the way we experience things. For many, it’s hard to put the phone down and watch something interesting without sharing an image. Camera phones have even spawned dystopian visions of a world in which everything is shared, as in “The Circle.”

All this, looking back, seemed to grow organically. But, according to Kahn, that wasn’t exactly the case. He had to do a lot of plowing to prepare the soil, to extend the metaphor.

“After the baby,” he says, “I spent the next month integrating the design, using a microcontroller, a CMOS sensor, and a phone.” In early 1998, he founded a company around the technology, Lightsurf, and eventually received a handful of patents on the work, he recalls.

He took the technology, he says, “to Kodak, Polaroid, and [other camera companies]; they all had wireless camera projects, but none of them could imagine that the future was digital photography inside the phone, with Instant-Picture-Mail software and service infrastructure. They collectively came to the conclusion that phones would be focused on voice—this was before texting—and that cameras would become wireless.”

Having struck out in the U.S., Kahn moved on to pitch Japanese companies. He had no luck with dominant mobile phone service provider Docomo, but found enthusiasm at J-Phone. J-Phone, he says, then brought in Sharp to design their “Sha-Mail” (translated as “Picture-Mail”) phone, and the product was a success.

Back in the U.S., Wired magazine covered Kahn and LightSurf, prompting Sprint to contact him; Sprint worked with LightSurf and Casio to launch the first U.S. camera phone in 2002.

Quick, what’s the most recent photo on your phone? For photo sharing pioneer Philippe Kahn, it’s a selfie of him with his wife, Sonia Lee, on the beach.

Even from the early days, Kahn says, he had a sense that instant photo sharing really was going to change the world. “Citizen journalism immediately came to mind; we were documenting the birth of my daughter, but that was just the beginning.” He believed that other, more political events would be documented, “and it has happened. People can’t hide things anymore. There is always someone with a camera phone taking a video; people can’t just claim that something didn’t happen.”

Bob Parks, who interviewed Kahn for the Wired article in 2000, confirms Kahn’s prescience. Parks says: “He was telling me things like, ‘In the future people will document crimes using video on their phones. Then everyone will know the real story.’ At the time I was skeptical. I thought, ‘OK, guy, I guess we’ll see how that works out.’”

For Kahn personally, the invention worked out quite well: LightSurf was acquired by Verisign in 2005 for approximately $270 million, the intellectual property scattered in later sales and, Kahn said, was tussled over in courts. Kahn is no longer involved with the technology—he has a new startup, FullPower Technologies, that has developed under-the-mattress sensors and cloud based artificial intelligence to gather data and personalize recommendations to help customers improve their sleep. But he’s thrilled watching phone-based photo sharing explode around the world.

“If you go to Africa, people don’t have laptops. They have phones with cameras and they do everything with them—sell things, buy things, telemedicine. If a person’s house burns down these days, their pictures aren’t lost, their memories are stored in the cloud. I see tourists with selfie-sticks and I think it’s fantastic, the more cameras the better. It’s a fantastic power to be in the hands of Mr. and Mrs. Everyone.”

And that rush to cobble together a prototype in the maternity room? Absolutely worth it, Kahn says: “The picture of my daughter’s birth was a magical, unique, instant moment and worth a million words.”

(Kahn narrates a reenactment of the birth in the video below; the building of the prototype starts at 1:35.)