April 20th 2002, San Francisco, was the single handed Farallon Race, windy, big waves and fun. I was lucky and won the first to finish trophy… 60 Nautical Miles, Start in San Francisco, offshore on a bearing of 240 degrees magnetic around the Farallons 30 Miles out and back into the Bay through the Golden Gate on a magnetic bearing of 60 degrees. Wind conditions varied from a Southerly at the start to a stiff North Westerly. Big waves leftover from the gale that has been blowing offshore in the last few days. Very rewarding to get that winning gun after almost 7 hours of challenging and fast solo sailing! Nice way to start the sailing season this year with this very special single handed event. Stan Honey was also racing single handed as well as quite a few luminaries. Good fortune helped me a lot. Thanks to the Pegasus Racing team for preparing the boat and the skipper so well! Racing was the easy part!

This chart shows my track. The red track is outbound, the green one is inbound. Because the wind was so far left and I wanted to sail hot angles which are faster with Pegasus 55, I jibed the Northern coast. Furthermore coming back quickly has a disadvantage as there was still quite a bit of ebb, and a long the Northern coast it was starting to flood. I crossed at Point Bonita and jibed at the South Tower. I put in another jibe to lay the finish line. 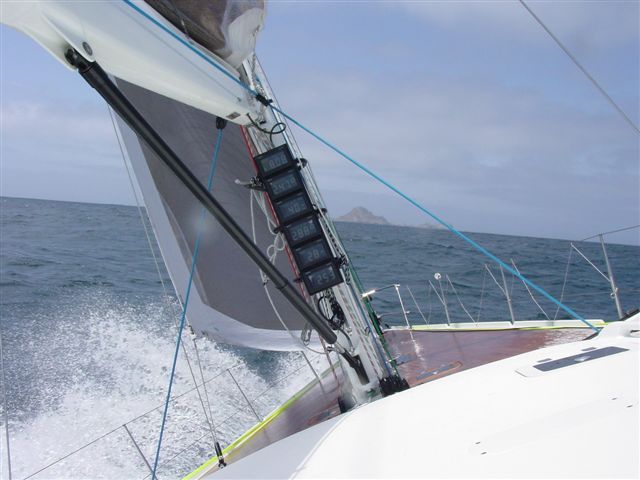 Approaching and rounding the islands

The South East Farallons are over 400 ft tall and can be seen from far away. I was lifted all the way from Point Bonita where I saw a true wind direction of 220 degrees magnetic. By the time I was at the Farallons, the wind had clocked to 295 degrees magnetic. 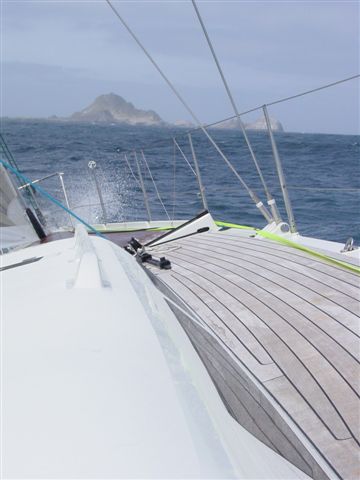 There are breakers to watch for. The islands are to be rounded to port. 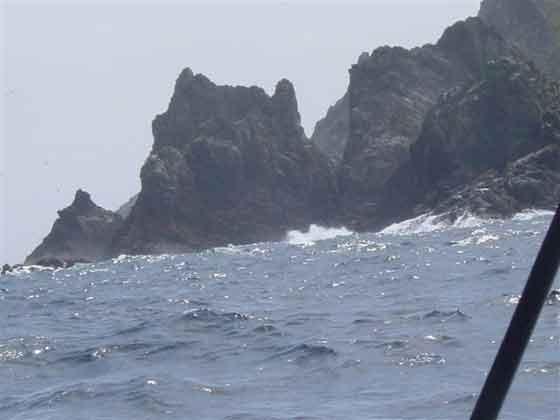 I cut the islands too close. I was racing and liked the lead that I had built during the long upwind leg. I did promise myself not to take such risks again and not cut that close to the islands again. 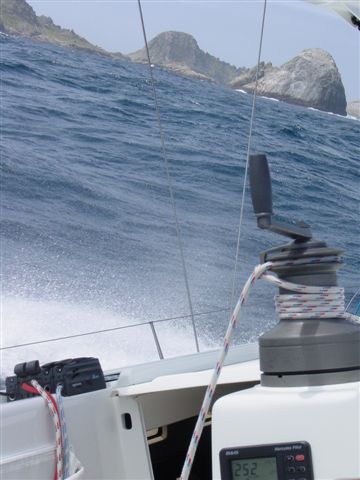 Rounding the windward side happens quite quickly. It is going to be time to jibe. 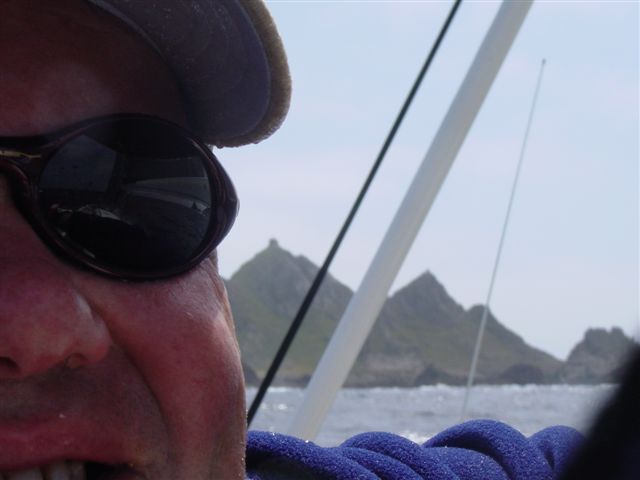 After four and a half hours upwind a picture is worth 1000 words, but there is nobody else to take the picture and of course nobody to hear any of the words! 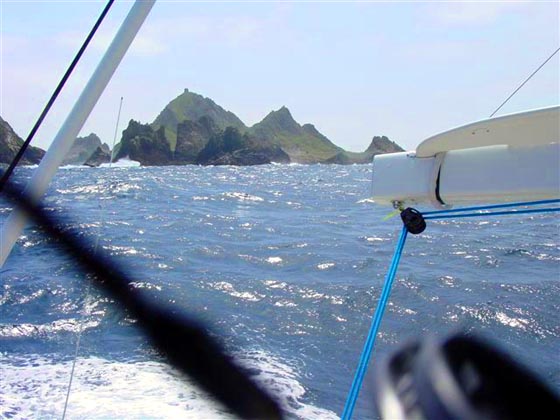 Returning from the islands 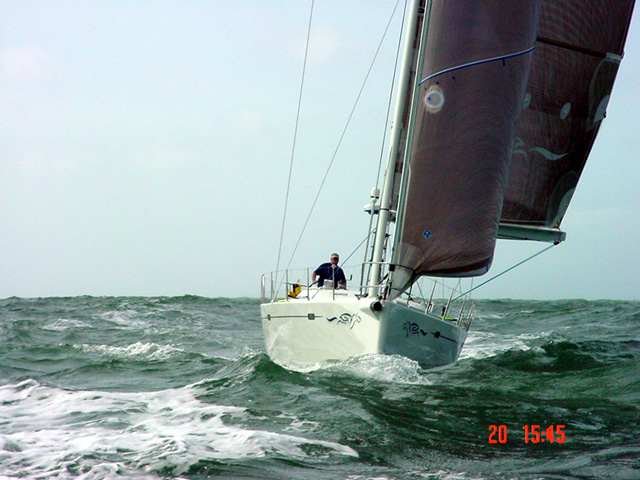 The return got windier as I got closer to the Golden Gate. Top wind speed that I saw all day was 28 knots, top boat speed 20.3 knots down a wave. I had to shift gears a lot during the race, reef, un-reef many times because there were times when there was only 11 knots of breeze and then 20+ knot puffs would blow out of nowhere and last for 15 minutes or more.