Philippe Kahn, a French entrepreneur, was waiting for his baby daughter to be born when he hit upon the inspiration for the world’s first camera-photo.

It was a summer evening in 1997, and Philippe Kahn was anxiously waiting for his daughter Sophie to be born. Desiring to share her birth instantly with family and friends, he conceived what would become the world’s first camera phone. The Internet was only four years old and only good for simple email with limited wireless connection. So he bought a Casio QV-10 digital camera and inserted it into a Motorola Startac phone. When Sophie was born, her photo became the first ever camera-phone image, something that, 20 years on, we take for granted. 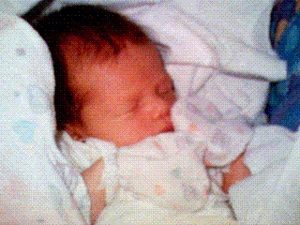 Now Kahn runs several companies, including Fullpower, founded in 2003, which provides a patented ecosystem for wearables and Internet of Things products. The inspiration for his main product, the Sleeptracker Monitor, stems from Kahn’s passion for sailing — he owns a team called Pegasus Racing. During a demanding race that means sailors have less than an hour’s sleep in a 24-hour period, Kahn began experimenting with biosensors and three-axis linear accelerometers that could detect micro-movements. Kahn created prototype sleep trackers using biosensors that optimised 26-minute power naps to maximise sleep benefits and sail time.